The Future of Annual General Meetings: Hybrid or Virtual 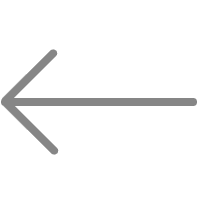 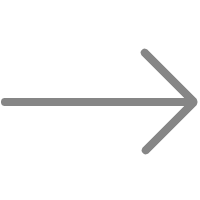 An Annual General Meeting (AGM) is an essential cogwheel of Corporate Governance. Alongside being an event required by law, it’s that power check-and-balance window where shareholders can engage with their board of directors. It’s that unique time of the year where company performance (good or bad) is reviewed, business strategies are discussed, votes on essential corporate matters are cast, and tough questions are put on the table.  Like most things that require a lot of logistics, the AGM space has not been left unscathed by the pandemic.
.

When the management of elevated health risks and the potential collapse of healthcare systems topped government agendas across the world, policymaking about pretty much everything else stalled around containment. But the big question marks flared. It was clear, there’ll be no economy if there’s no one healthy enough (or alive) to drive it. But turning off the economic machine in its present state is like detonating a systemic time-bomb, and that includes the healthcare system. National decision-making in the wake of the COVID-19 pandemic was, and still is, nothing short of a massive-scale whack-a-mole.

While lockdown and other containment measures were heavily deployed, one of the big question marks lit over the holding of AGMs. While it became impossible (and imprudent) to hold physical AGMs, they are still required by law. In fact, at that time, some companies had already announced the date and venue for their meeting. Even if some governments and regulators were swift to provide leeway and guidance, organising meetings with shareholders, or any corporate meeting for that matter, presented substantial challenges and ambiguity.
.

Work from Home Jammies – The Underlying that Matters

Overnight, when social distancing carved its prints into norms, most business people of the world shifted their professional meetups online. Zoom’s share price skyrocketed – returning 385% in 2020 – and Whatever Inc. came up with their Work from Home Jammies (it’s real – check it out!). But when it came to AGMs, there was an important underlying – a distinction – to appreciate…

In pre-COVID-19 Mauritius, the Companies Act stipulated that the board of directors had to call a meeting of shareholders no later than 6 months after their balance sheet date. Following the COVID-19 (Miscellaneous Provisions) Act 2020, this time allowance was extended to 9 months. The method of holding the meeting, however, already included “by means of audio, or audio and visual, communication by which all shareholders participating and constituting a quorum, can simultaneously hear each other throughout the meeting,” – Fifth Schedule of the Companies Act.

If in Mauritius, like in many other parts of the World, legislation was already in place to allow for virtual or hybrid AGMs, it wasn’t the case for others. Regulators and governments responded, within varying timeframes, to legislate virtual formats for AGMs, fully or partly. Some examples are Austria, Australia, UAE, France, and the UK.

But… if contemporary historians may distinctly pen down a pre-COVID era (where normalcy, travelling, and the risks of sharing droplets were taken for granted in the civilised world), we’d find virtual or hybrid AGMs there. In the same locker, we’d find the debates between the critics and the proponents. But when exotic forces resolved the matter of mode (i.e. physical or virtual), the underlying debate over substance seemed to have started breathing anew.

So, as it turned out, challenges to holding physical AGMs, paired with opportunities to revisit old debates – on occasion, the very meaning of the AGM in the context of corporate governance. Mater atrium necessitas… Necessity is the mother of invention… (well, sometimes, reinvention.)
.

The AGM is a fundamental corporate governance event. Directors, entrusted with the duties of leadership, accountability, integrity, transparency, and communication with shareholders, are called to sum up company performance, account for their decisions, and discuss strategy. Being a two-way widget, at an AGM, shareholders can engage with the directors.

Typically, in the light of information presented and their judgement, the shareholders will then exercise their right to vote over key company matters requiring their approval. There are also the free snacks, the goodies, and the tad bit of socialising, depending on the company, (unintended pun) – which the proxies (people appointed by shareholders to represent them) earn title to as well.
.

The Critics of the Virtual

Even if the law allows for virtual or hybrid meetings of shareholders, a company can opt to restrict them through its constitution or articles. The resistance to the Virtual has been a major force prior to the pandemic, pertaining to the argument that the shareholder’s voice is suppressed when AGMs are conducted online.

For instance, meeting organisers can silence or block participants at virtual meetings, censoring the usual troublemakers who are known to ask the ‘sensitive’ questions. For the Critics, the AGM is an arena of protest, a power-play that keeps the directors in check.

AGMs can raise attention and scrutiny, even if the protesting doesn’t necessarily come from shareholders. At times, the general public has also intervened at the AGM locale. Even though the protesting in Mauritius is a little less dramatic, in other parts of the world, people have taken it to the streets. In 2013, outside Citigroup’s annual meeting, New Yorker Marni Halasa, dressed in green spandex, brandished a whip and held a sign that said: “Bankers need a spanking.” In 1995, a pig called Cedric showed up at the AGM of British Gas to protest against the salary of CEO Cedric Brown.

There are also potential legal challenges. For example, how does one ensure at 100% that all shareholders participating “can simultaneously hear each other throughout the meeting”? Interesting case analyses can be found in the UK, where companies were legally able to hold completely virtual AGMs for some time. Following the 2016 AGM of Jimmy Choo, which was the first-ever electronic AGM in the UK, the legal community challenged the legislation on the grounds that a ‘place’ should be a physical place. And as interesting is the often-cited case of Byng v London Life Association in 1989: A contentious resolution for a merger was challenged as it was ‘plainly unsatisfactory’ that members could not be heard by the Board and Chairman. The case also involved an adjournment to a second meeting where all members could not attend – a matter for research.
.

Virtual or hybrid AGMs give the practical option to all shareholders to attend the meeting; practical as in some shareholders may not necessarily be in the country or maybe physically incapable of attending. On the balance of things, especially while the world is still in restricted-mobility mode, online AGMs allow for broader participation of shareholders, which can, in turn, reinforce the power check-balance system.

In Mauritius, the trend towards virtual and hybrid AGMs is catching up, especially among listed companies. While the online shift can be an opportunity to speak aloud about company commitment to shareholder engagement, international financial centres are often cited as examples at the centre of the debate.

This said, as in all crisis-induced reality checks, the question is, do they last into the better days? Will the evolved AGM strengthen the essence of its existence – accountability, integrity, transparency – and survive when physical AGMs become a ‘normal’ option again?
.
.

Adil is a CFA Charterholder and a frontline investment professional with more than ten years’ experience in the financial services industry. He’s the founder of Intelitegen, a Private Process Outsourcing (PPO) cell connecting entrepreneurs regionally and promoting ethical Mauritian businesses. He also created pazble.com, a recently launched social media platform dedicated to blue-collar workers. Pazble.com was awarded a grant by the Mauritius Research and Innovative Council (MRIC) in 2020, aiming to mitigate the negative economic impacts caused by the COVID-19 crisis. A part-time writer on investment-related topics, he has, in the past, dabbled in less factual genres, namely with the publication of The Treasures of Karlongton, the meaning of which is still obscure to him.

Augmented Reality: The WOW-Factor That Your Annual Report Needs 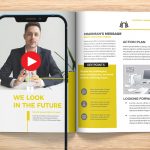 Augmented Reality: The WOW-Factor That Your Annual Report Needs

Using motion tracking, sound engineering, animation, simulation and video, augmented reality can create an immersive experience for users. For many years now, many brands are enriching their annual reports with this technology and for good reasons!

Harnessing Hero Graphics and Videos in an Annual Report 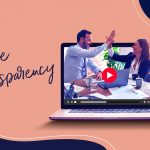 Harnessing Hero Graphics and Videos in an Annual Report

Hero graphics and videos are some of the best attention pullers and will help engage your Annual Report readers.

A new dawn for Sustainability Reporting in 2021 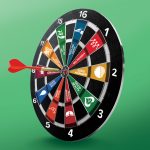 A new dawn for Sustainability Reporting in 2021

2021 is a critical year for sustainability reporting. Read on to find out which corporate reporting trends are shaping the post-COVID-19 world (if we can call it that) and how to up your game.

Amp Up your Annual Report with a Powerful Digital Strategy 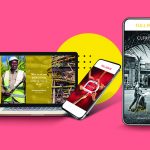 Amp Up your Annual Report with a Powerful Digital Strategy

After investing so much time in the creation of your Annual Report, why not take it to the next level with a cleverly mastered digital strategy?

Make your Annual Report an Adventure with Storytelling 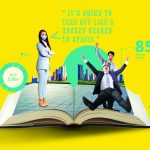 Make your Annual Report an Adventure with Storytelling

Make your Integrated Annual Report an adventure through engaging storytelling that goes beyond the profits and losses.